It has been quite some time since Pied Butcherbirds have come to investigate a possible snack when I have been cutting wood.

The first I knew the Pied Butcherbirds were about was when I was cutting something flashed past in the corner of my eye and landed in a tree near me. 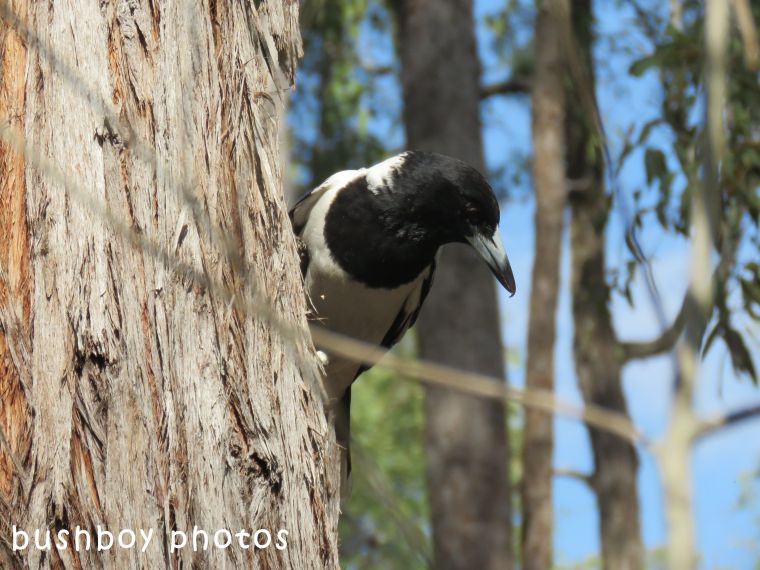 Hanging on no matter what the size of the tree is to look around the cutting site. 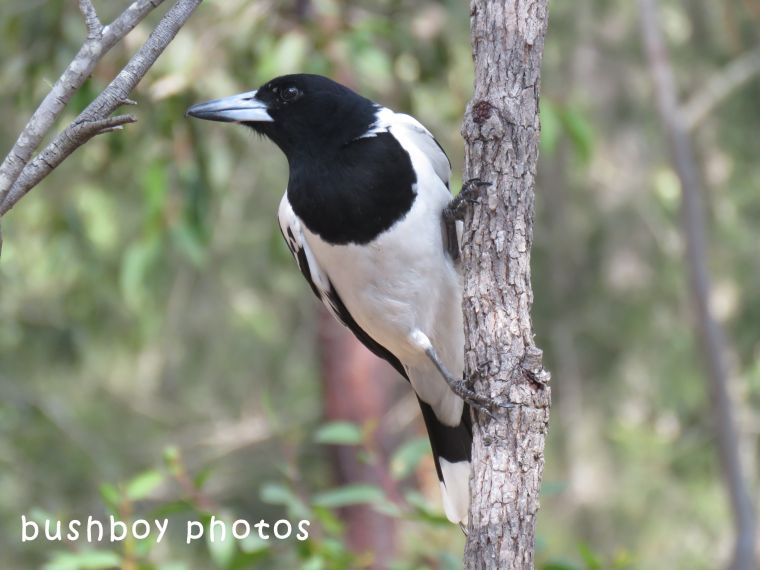 On the end of the log you can see among the already cut rounds of timber, hoping an insect will scurry about. 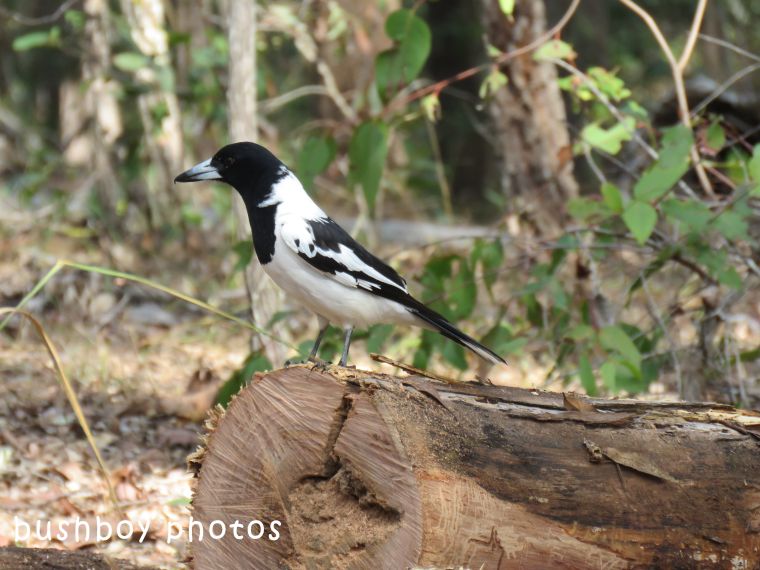 These two looked in the bark that I stripped from the log so the chainsaw would get blocked with the fibres from the bark. 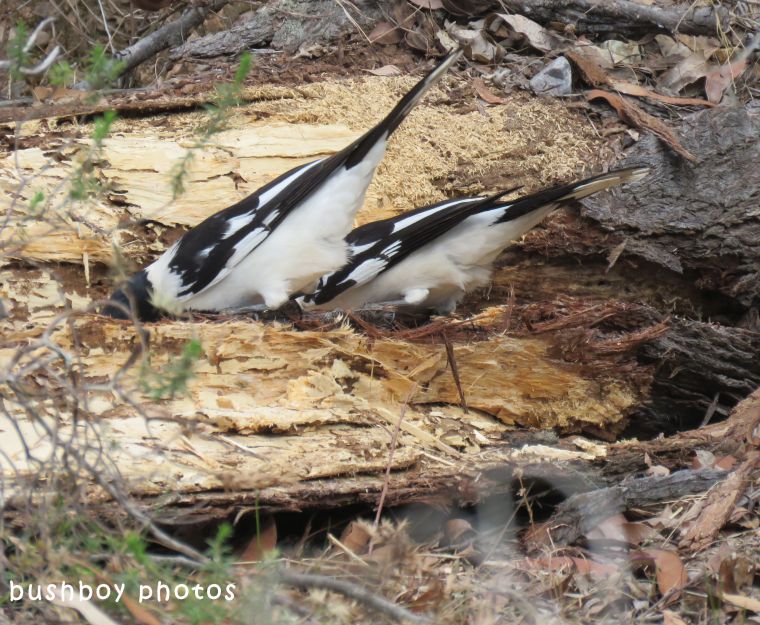 Overall there was four Pied Butcherbirds rummaging in the bark and the cut pieces of tree. They never sat close enough to get all four in the one photo. The last time the sound of the chainsaw bought Pied Butcherbirds around was over ten years ago. I wonder where they have been? 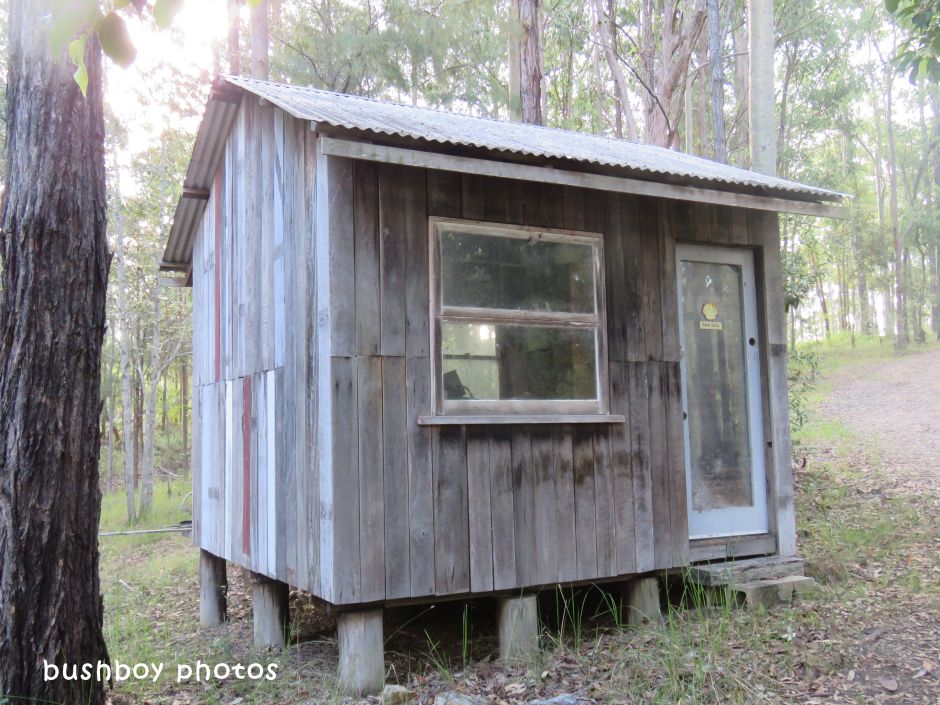 The word prompt from Lost in Translation: Recycled

Many years ago, when my daughters were small, I built a playhouse for them. The playhouse is totally made from recycled building materials. Now-a-days it has my tools and other building bits and pieces, nails, screws bolts, paint, plumbing and electrical parts etc.

The door came from a Shell Service Station where I worked. When they modernised the old building, I grabbed the door to the office that has two way glass 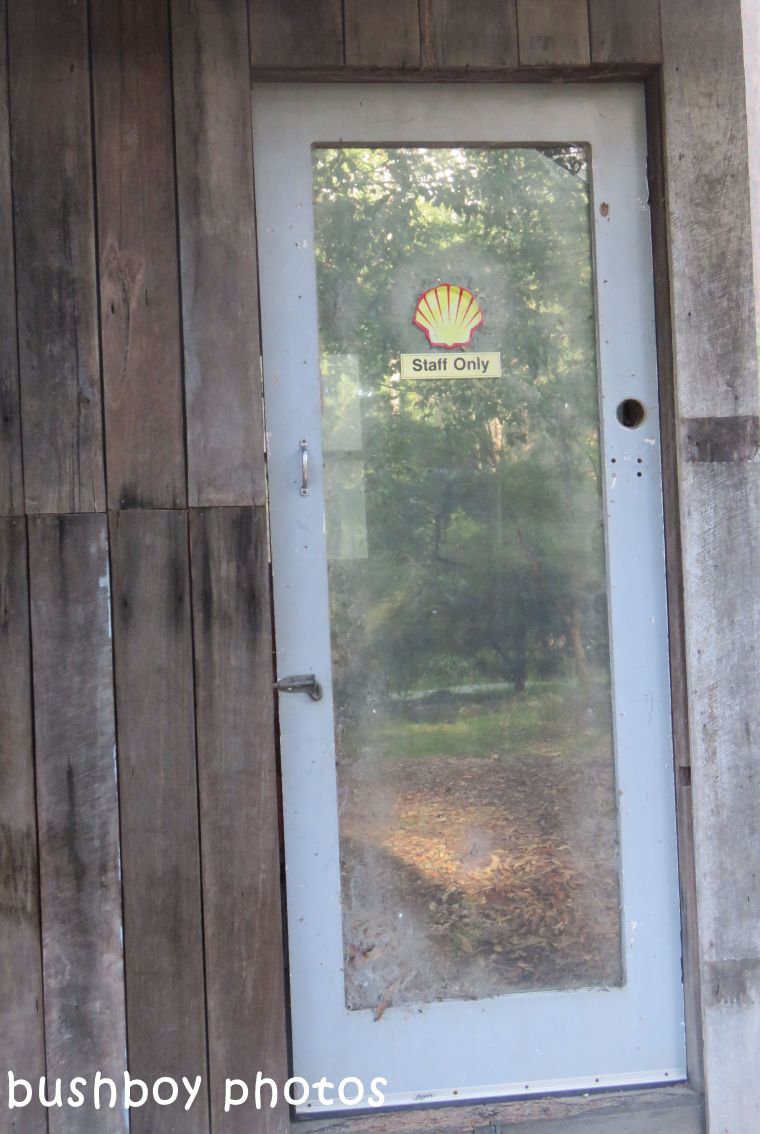 The roof comes from the first house I built that we lived in for a few years. Here is a bit about that house. 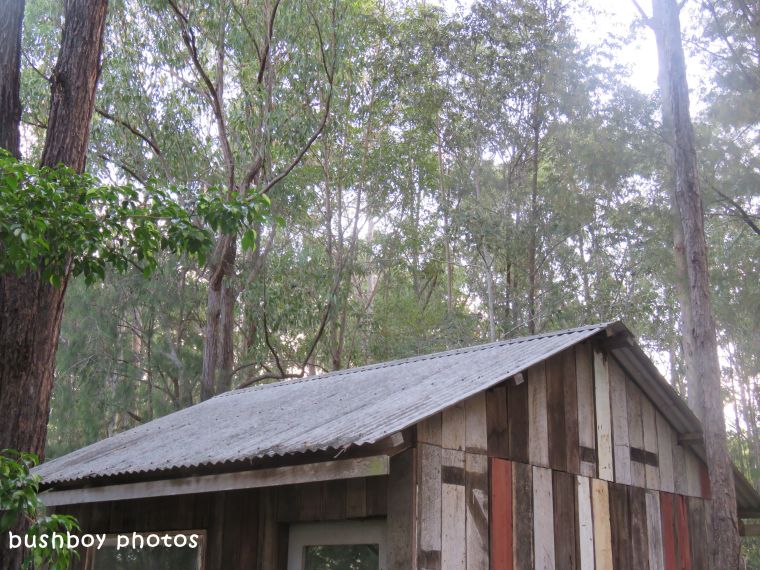 The walls are from the Jackadgery Hall. I helped build a new extension on the Hall and these timbers are from the wall that was removed. The timber is from around 1930 or thereabouts. 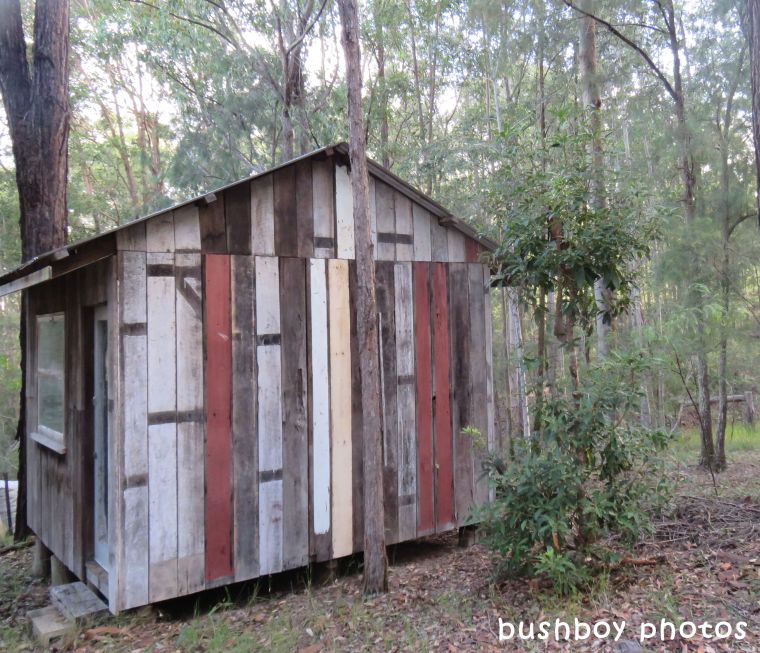 The stumps the building is sitting on are from trees from my place. The wooden front step was from a mates place. He didn’t want the off cuts from his place.
That is the story of the recycled building, which has been also re-purposed. 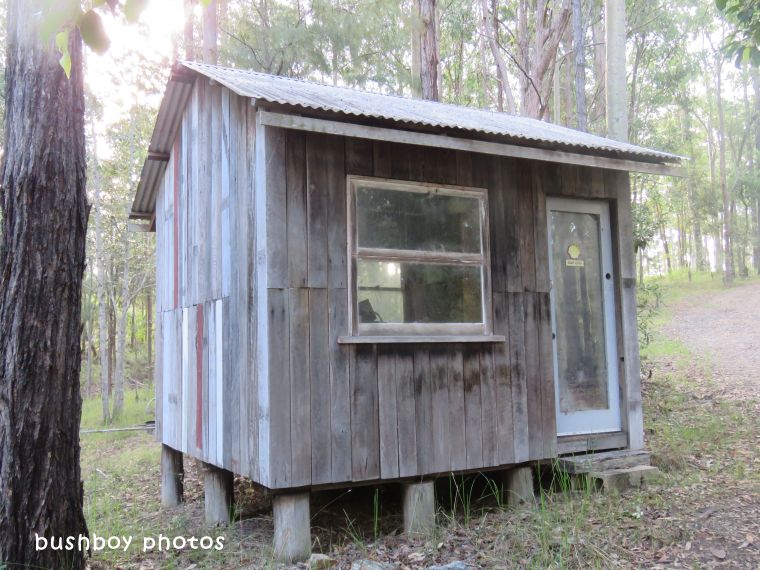