“The most wasted of all days is one without laughter”      E. E. Cummings

For all those hoarding items, this aisle is closed

Isn’t this for everyone? 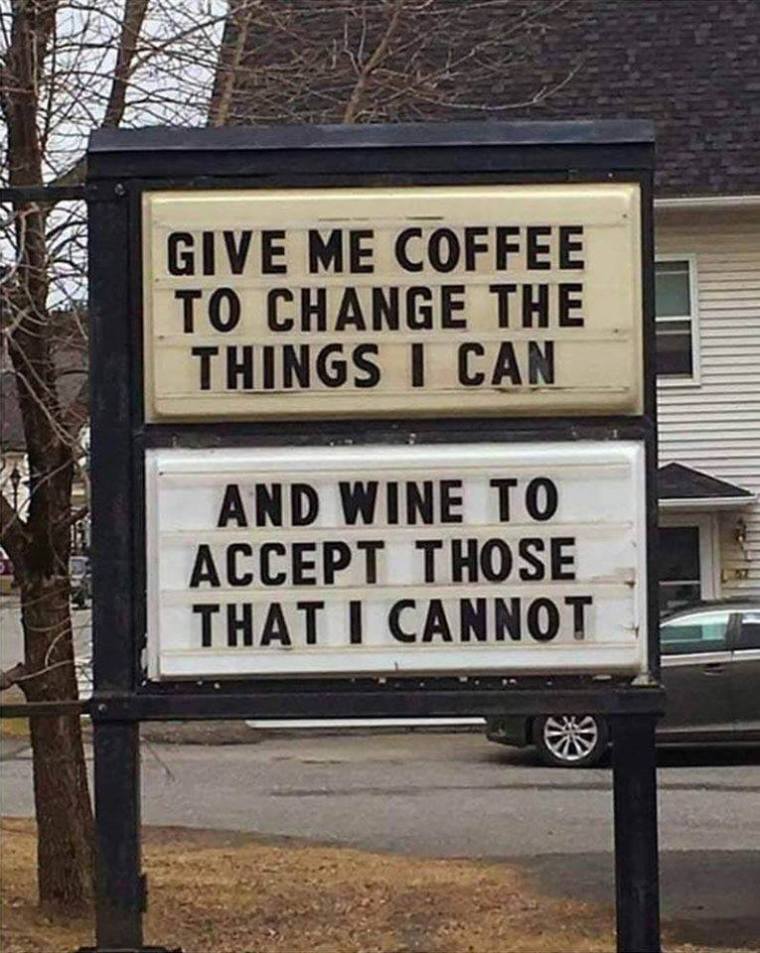 I have a pill for that

Just think about it 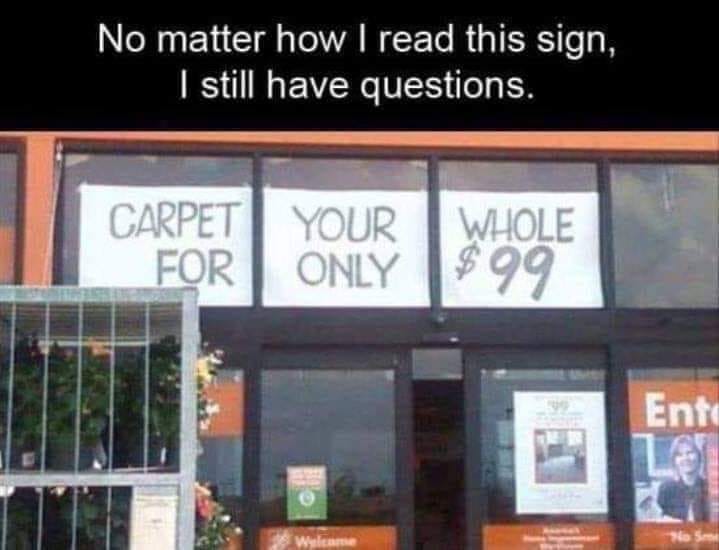 Bet the panic shoppers aren’t grabbing these off the shelves

One of the funniest skits from the US……..I’m in tears here

or this one from GB…..hold my sides

or from Aust….hope you can understand

Idling away in the shopping centre, just snapping the passers by. 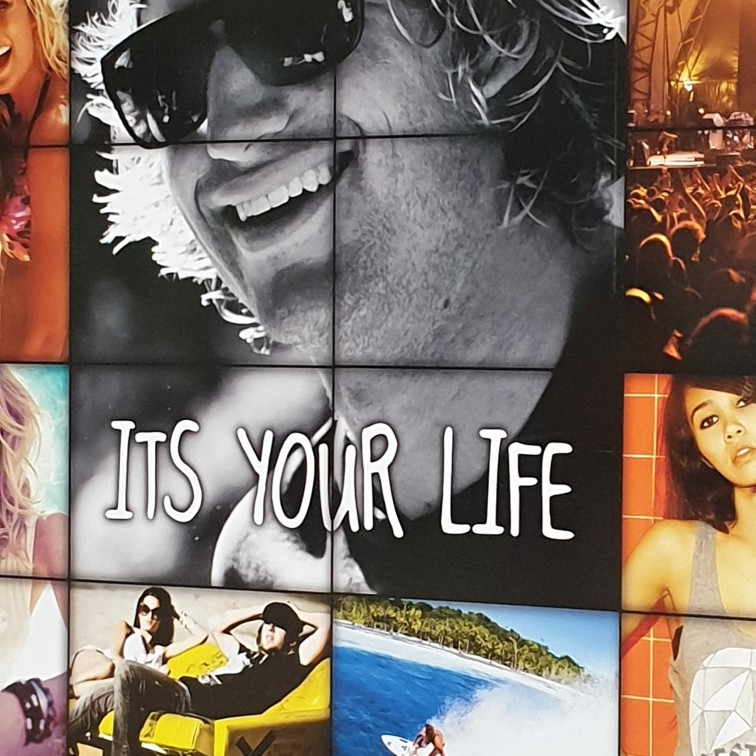 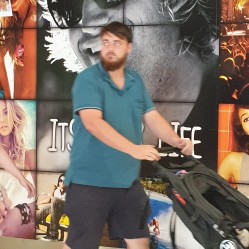 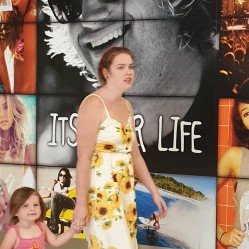 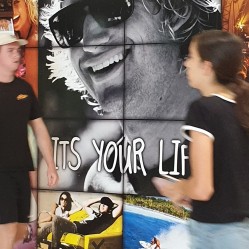 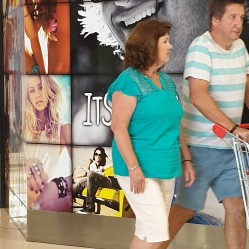 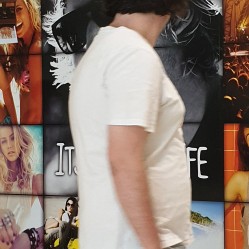 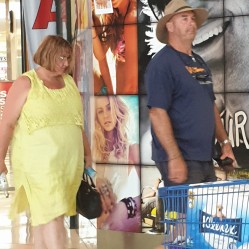 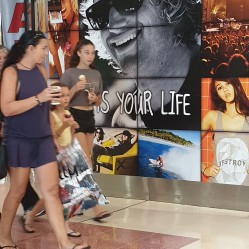 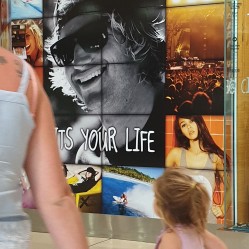 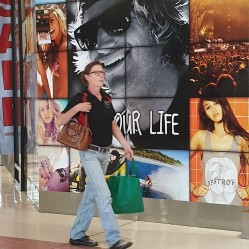 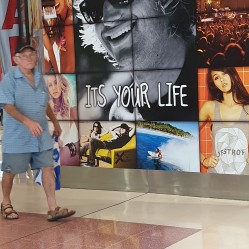 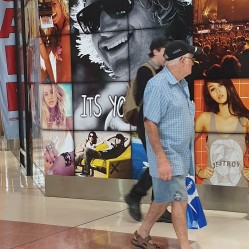 How much bubble bath do you put in a spa bath?

It could be explosive.

So when an artist and a photographer find themselves in such an explosive situation, what do the do?
Set up a photo shoot………what else? 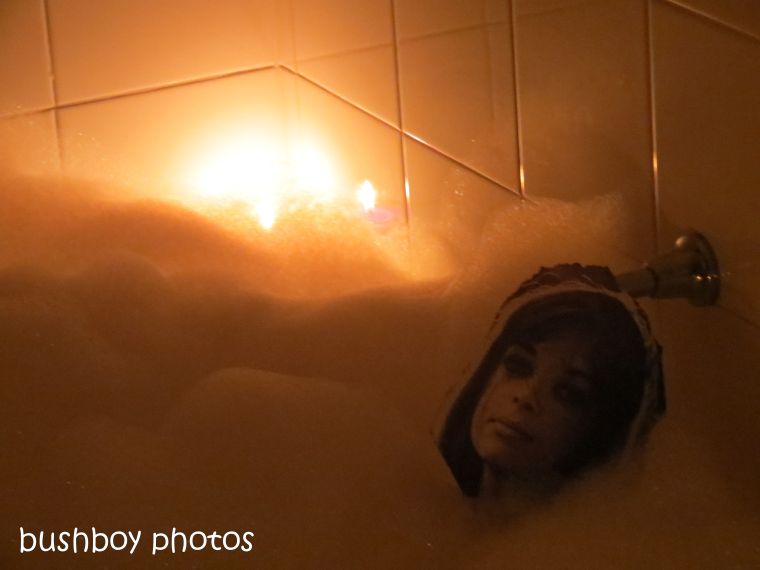 “It may just be an old wives’ tale, but it is said that Jap pumpkin derived its name from growers who weren’t sure of how to market it, so they chose the acronym of Just Another Pumpkin!”

The goofiest slippers ever

This has to be the smuggest tree

Are you as shocked as this oil burner at the number of faces I have found?

The masterpiece
that arises from
where?
Is this a study
of work
of thought
of desire.
The head
decides
the fingers
twitch
the heart

What is
this?
What is
that?
will you
see
show me
your masterpiece
I’ll show
you mine.
A collaborative
decision
This goes
there
What about
this
here.
To you
my friend
it is just
a bit of
stuff
to us
it is
a
masterpiece. 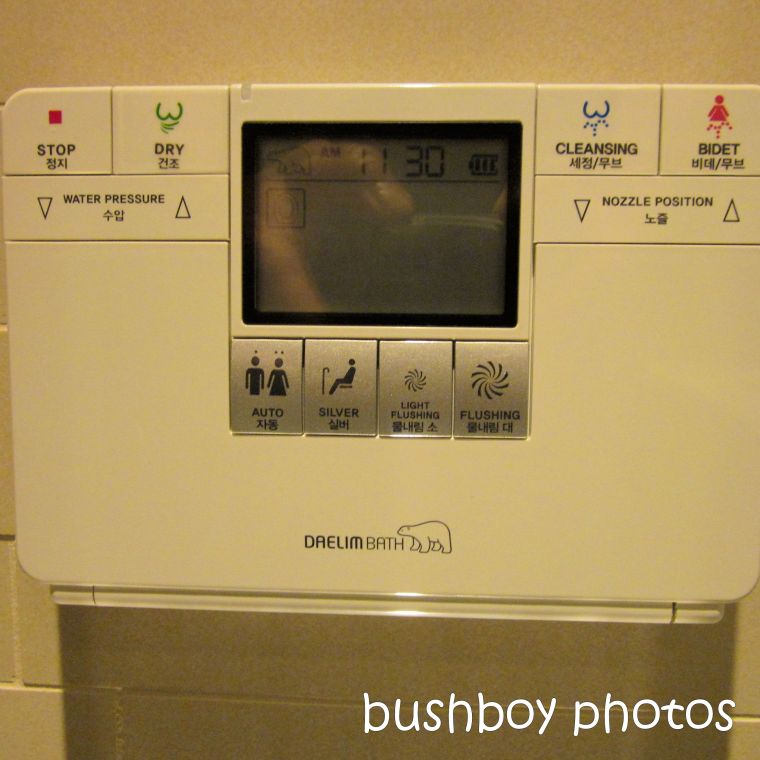 Come on over to Becky’s and join in the fun
Here’s the rule:
All you really need remember about this photographic challenge is that a square is a rectangle with four equal sides!
Yes the photo format is Square. Look on your camera setting before you get totally inspired and set it to 1:1 There you have it Square Format. If you forget crop your image to Square

Dr K wants to know who is in your movie? Lights, camera and action!

Which movies do I choose? Roll the credits

One night in the chook house

One night in the chook house Part 2

The Ragtag Daily Prompt Wednesday: Blast
The Daily Word Prompt: Copious
All was going to plan. A romantic getaway, a wonderful dinner in the restaurant, soft music, candles lit around the room, hot water running for the bath and then “someone” decided to add some lovely smelling scented bubble bath.
It was then the blast occurred. The spa jets turned on and copious amounts of bubbles appeared, exploding their way out of the bath and onto the floor with no way of holding back the tide.

Worried…..no.
Laugh a lot….yes.
So when an artist and photographer get together to assess the situation and work out what to do……
1. Do they try to mop the floor?
2. Turn off the spa jets?
3. Do they summon assistance?
4. Make the best of the situation? or
5. Do the creative thing they always seem to do when they are out and about?

If you answered yes to 5, you are correct 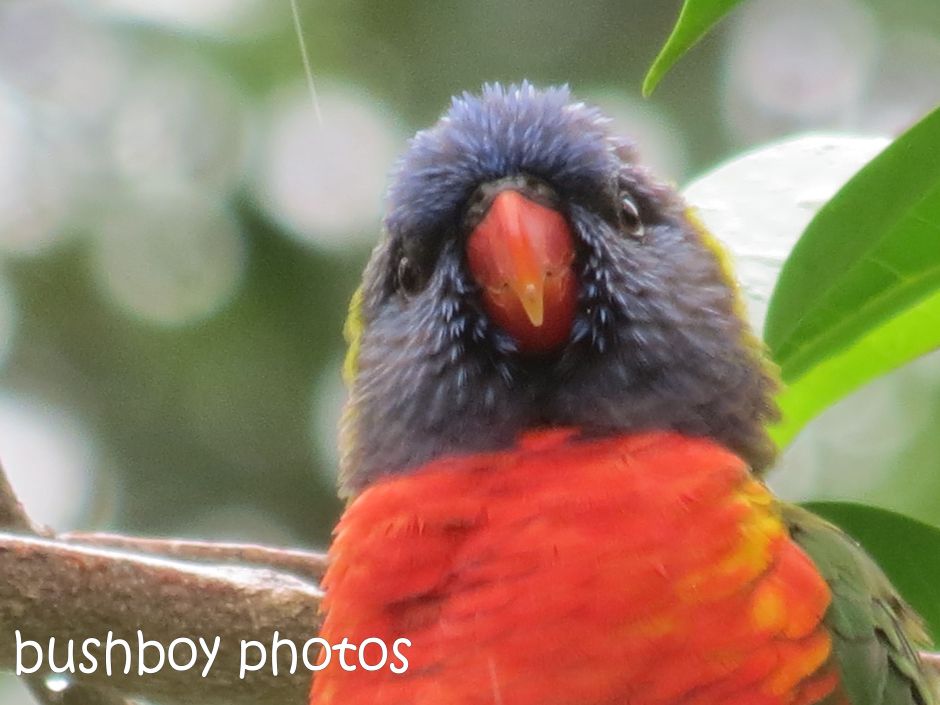 “Its OK, come on in my brother, I won’t splash you”
“That’s what you said last time”
“Come on, it’s a hot day and this bird bath is lovely and cool”
“Alright I will. Just don’t splash me”

“What was that? Are you splashing?”
“Oh no I’m not, it’s just my tail trying to get a bit wetter” 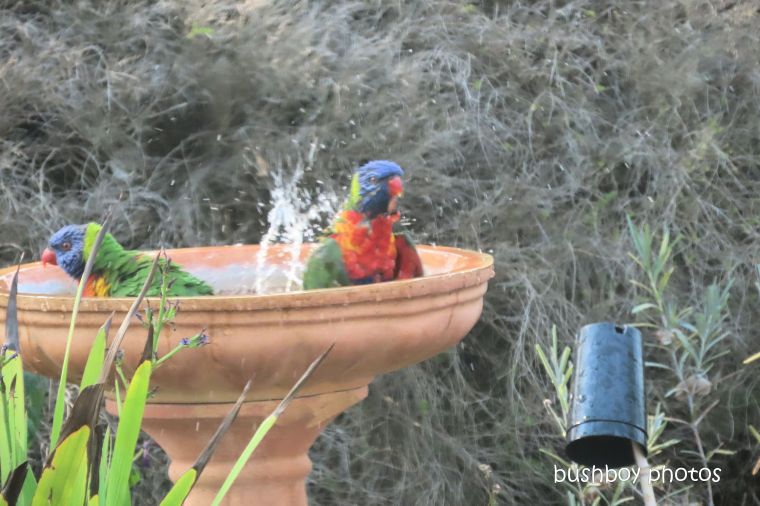 “Hey watch out, you’re getting water in my face. You know I don’t like that!”

“Now you really are getting water everywhere.” “Look at it dripping off my beak!” “You can’t help yourself can you”

“Oh for Petes sake, will you just stop splashing me.” “The water is cold” 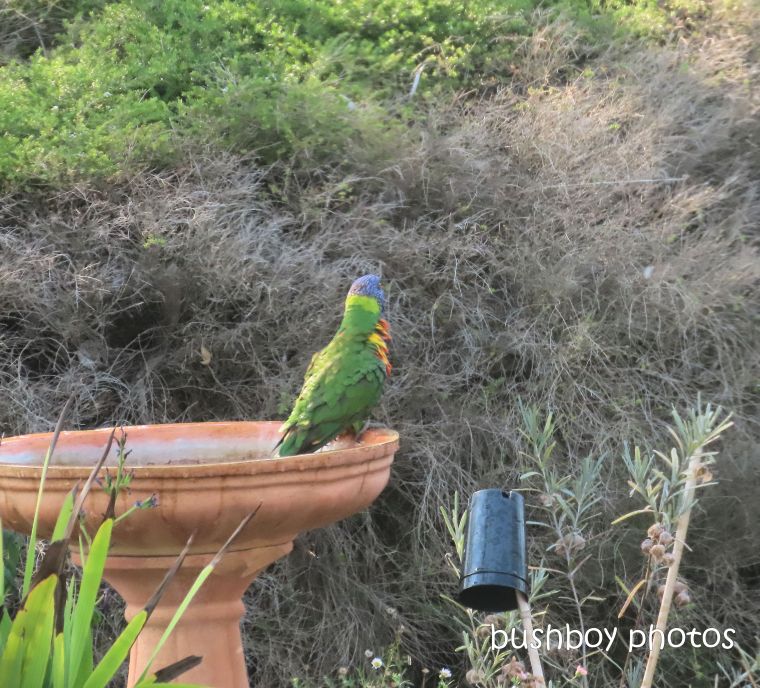 “I love it when my brother looks like this…..ha ha ha” 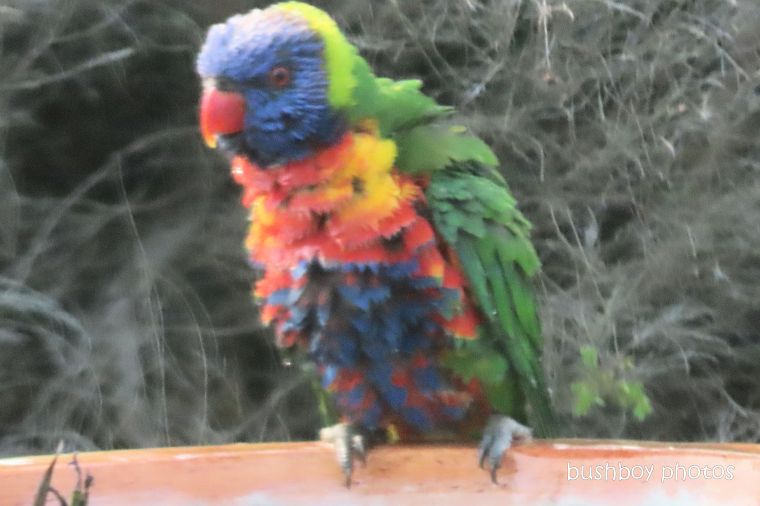 Twin sisters in St. Luke’s Nursing Home were turning one hundred years old.
The editor of the local newspaper told a photographer to get over there and
take pictures of the two 100 year old twins.

Once the photographer arrived he asked the sisters to sit on the sofa. The deaf sister said to her twin, “WHAT DID HE SAY?”
“WE GOTTA SIT OVER THERE ON THE SOFA!”, said the other.

“Now get a little closer together,” said the cameraman. Again, “WHAT DID HE SAY?”
“HE SAYS SQUEEZE TOGETHER A LITTLE.” So they wiggled up close to each other.

“Just hold on for a bit longer, I’ve got to focus a little,” said the photographer. Yet again, “WHAT DID HE SAY?”
“HE SAYS HE’S GONNA FOCUS!”