During Spring, the Brown Honeyeater decided that a Lilli Pilli in a pot near the verandah at my besties house was a great place to build a nest. It gave me an opportunity to have a sneak peek into the life of Brown Honeyeaters.

Sitting on the verandah, having a cup of tea, we noticed a small bird flying in and out of the Lilli Pilli tree in a pot near the verandah. I had to go and see what was going on. I found the start of the nest construction. They must have been doing it for a few days before we saw the goings on. Both the female and the male were building the nest. 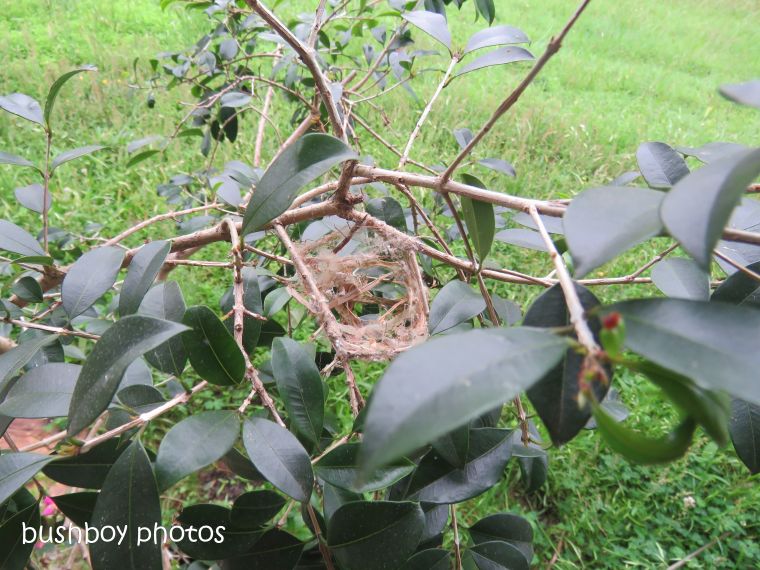 A few days later the nest was taking shape.

All manner of vegetation –  grass, bark, lichen and spiders web was used. 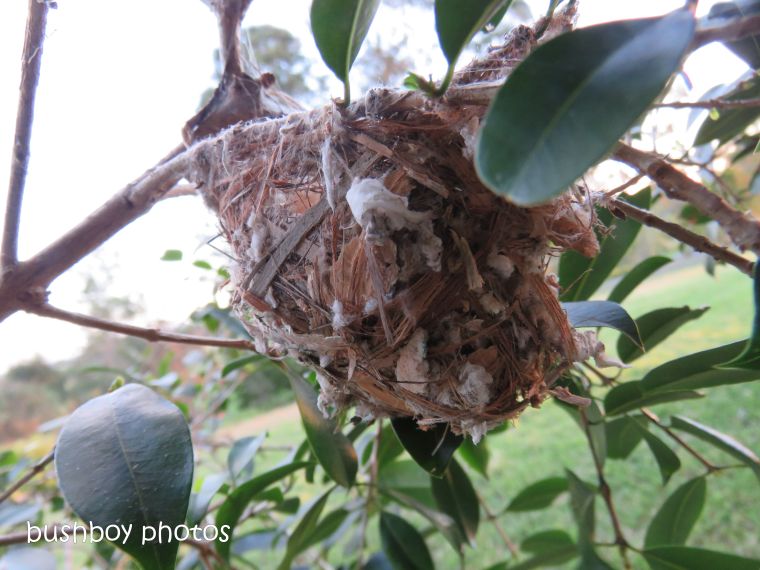 This is the location of the nest. 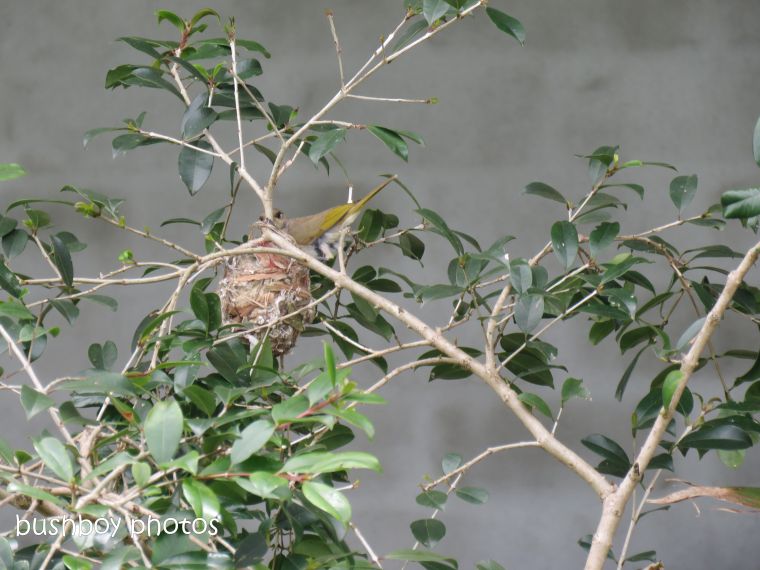 Off she goes to gather more materials. 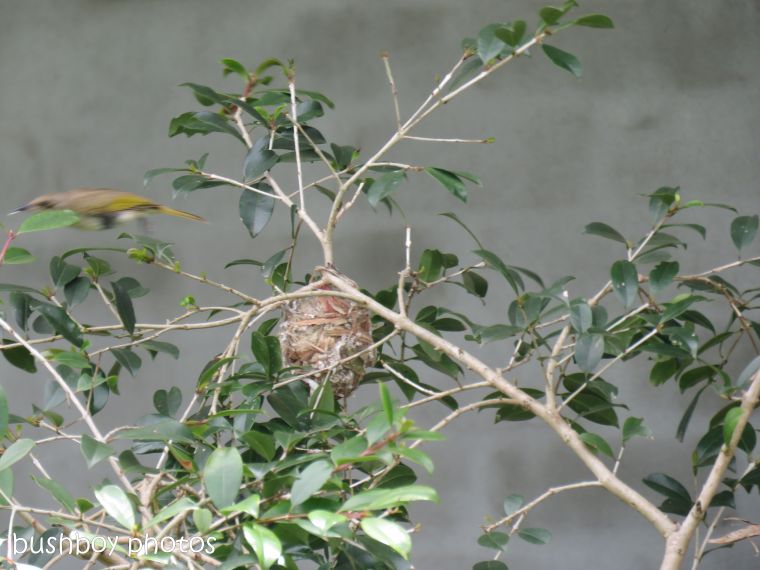 Every now and then she would wiggle about in the nest to get the shape right.

She was in there for a long time this day. I think she was laying an egg.

Yes! I was right, an egg is in the nest. It is so small. Probably about a thumb nail size.

It didn’t take long for some chicks to make an appearance. I missed out getting any photos when they were small pink chicks. A rather nasty storm was coming so my bestie dragged the pot onto the verandah. Luckily she did as the wind blew hard, the rain poured down and there was a bit of hail. 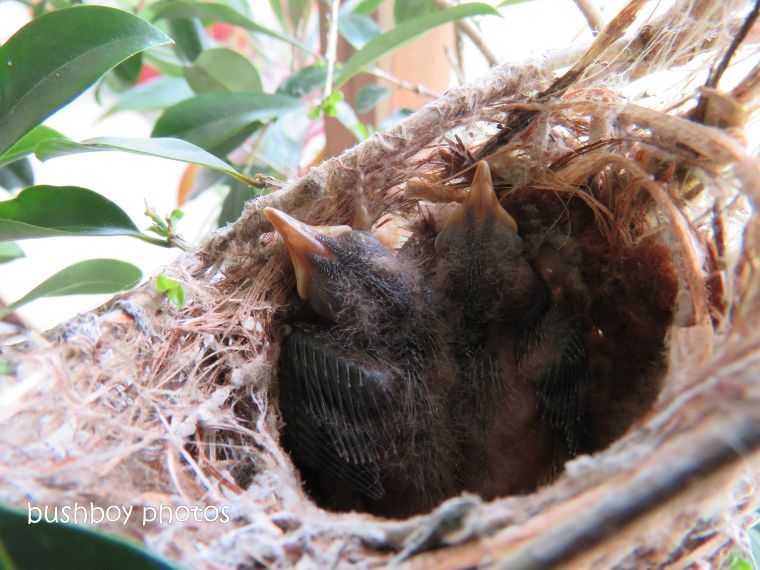 Now comes the hard work for the parents. Both the female and the male were constantly flying back and forth with food for their babies. 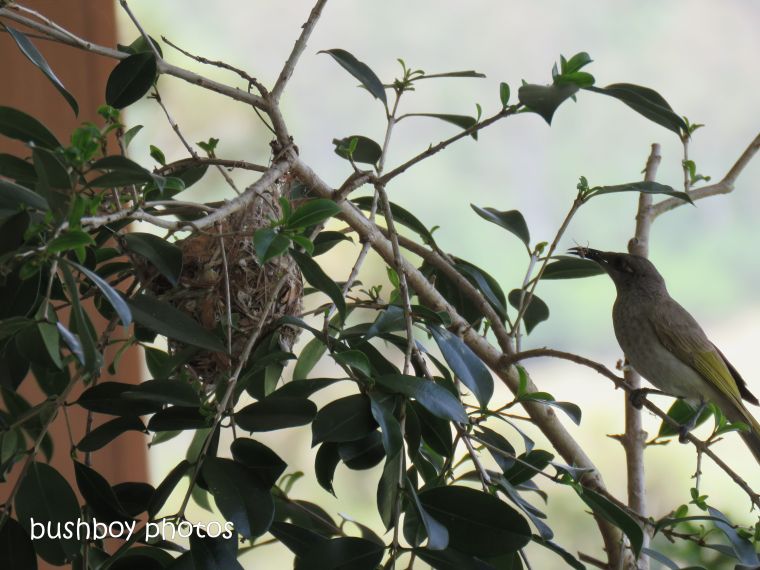 Chick one gets a morsel.

and then chick two.

Part of being a parent is cleaning up after your children. This is the removal of what I call a poo sac. This keeps the nest clean and stops insects, mainly ants, getting into the nest. 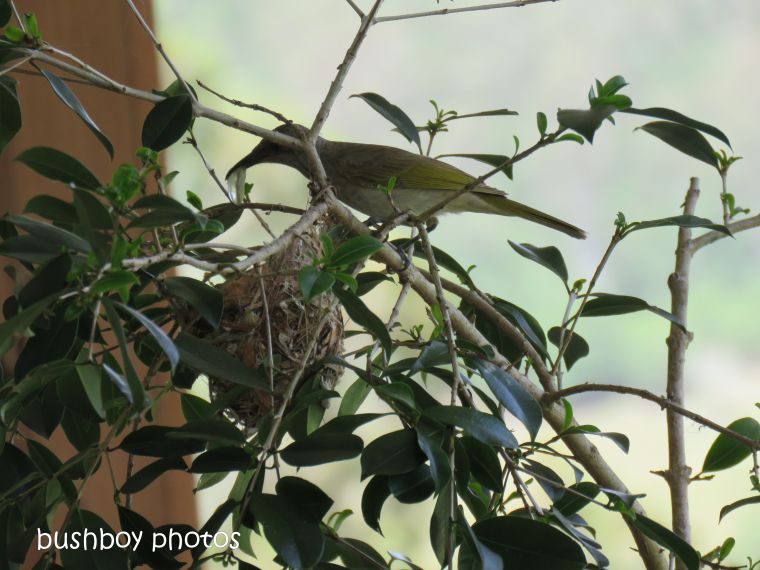 They are getting bigger. When I approached, they would flatten themselves against the sides of the nest. 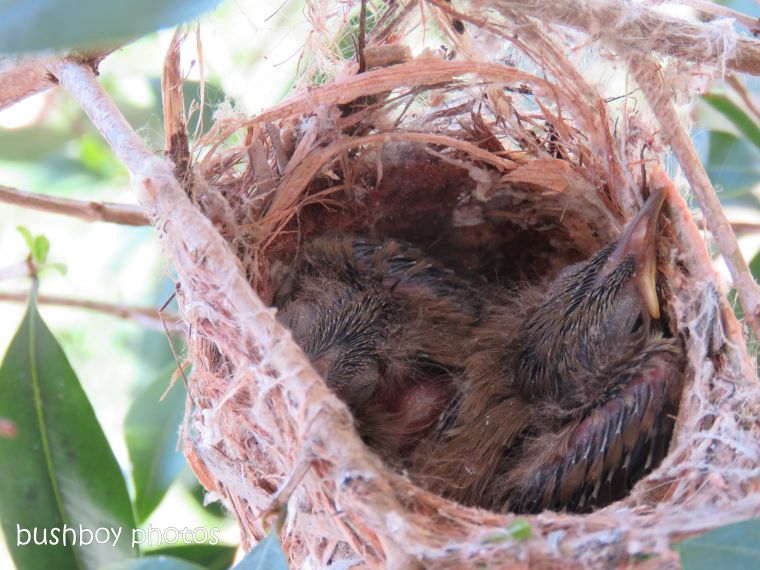 After a busy day looking after the chicks, it’s good to have a bath and relax.

Unfortunately I missed out on the chicks leaving the nest. It didn’t take long from eggs to flying little birds.

I think I am lucky to be part of the Brown Honeyeaters life. They have all gone from my besties garden now. Off on their migratory path to a new place for Summer and I hope they come back next year. We are going to leave the nest in place to see what may happen.

6 thoughts on “The Brown Honeyeaters – A Spring Story”

To participate in the Ragtag Daily Prompt, create a Pingback to your post, or copy and paste the link to your post into the comments. And while you’re there, why not check out some of the other posts too!