Of course Part Four would have to be the birds of October.

On the Queensland expedition we came across a huge flock of Cormorants and Pelicans on the edge of Somerset Dam.

On a bit of a chilly day the Cormorants were a bit sleepy in Ballina. 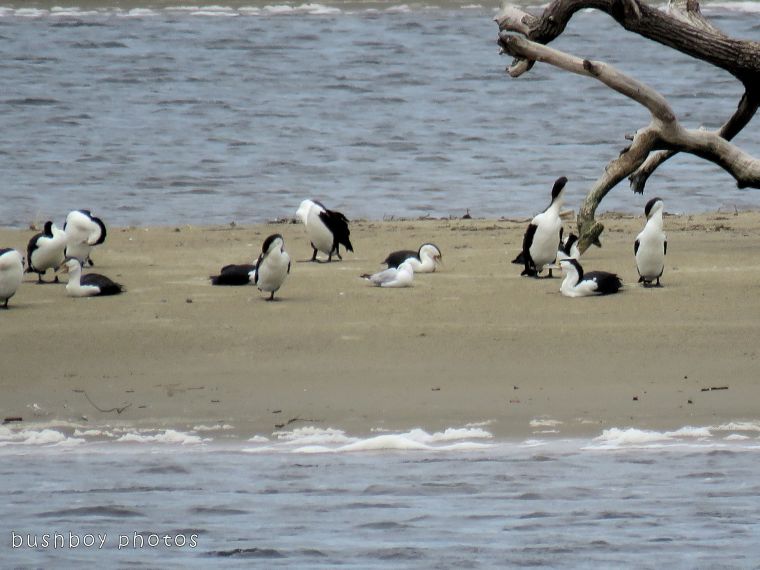 So were the Pelicans

The Satin Bowerbird has been busy collecting his blue bits and pieces to decorate his Bower. This is the fifth year this Bower has been used in the bush at my place.

Of course who could forget Brendan the Bush Turkey. Here he is on his mound he has built for the females to lay their eggs in. The mound is about 2 meters tall. Brendan does a great job of raking the leaves.

A Figbird sits high on a branch keeping an eye on the goings on in the garden. 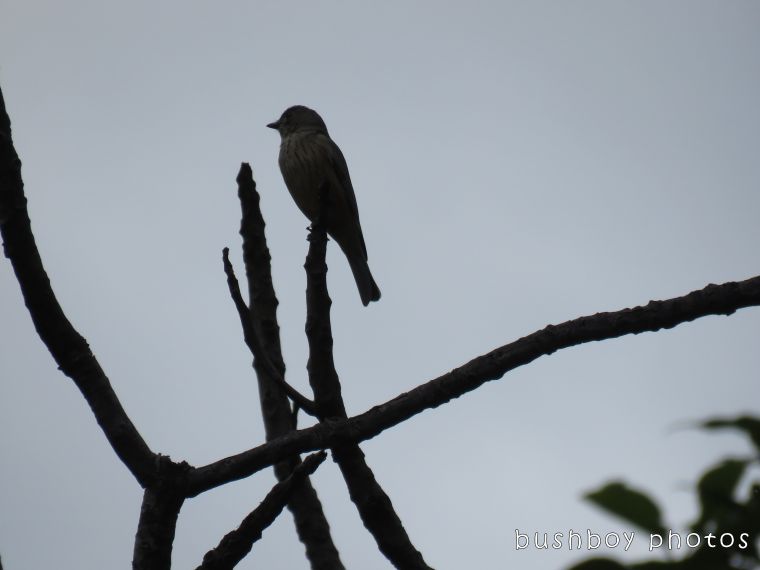 The Laughing Kookaburra was on the other side of the garden.

This bloke is more of a smiling Kookaburra don’t you think? He likes the sitting branch which is the most popular in the garden. 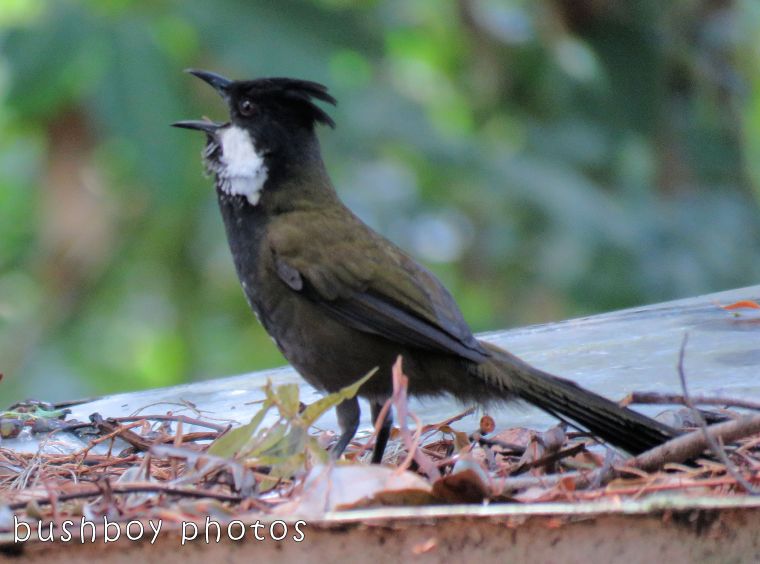 The Pied Currawong was always around the garden.

This branch is a favourite sitting spot in the garden. 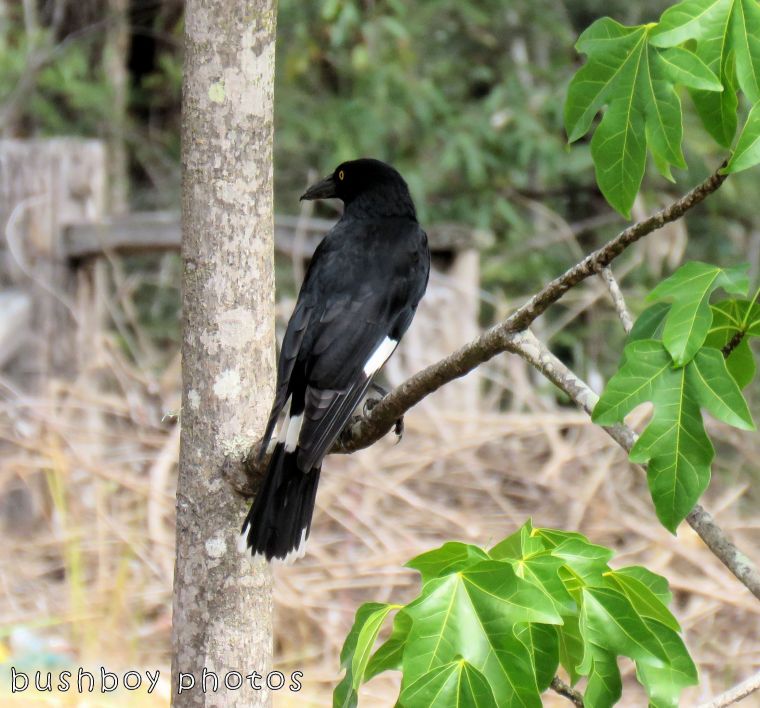 The Pied Currawong is sitting on the eggs in the nest at my besties place.

The Noisy Friarbird on the famous sitting branch

Another stand off in the Honey Gem Grevillea between the Blue-faced Honeyeaters and the Noisy Friarbird. Check out the fight here from last year

The Yellow-faced Honeyeater was wondering what the fuss was all about.

Check out my pink feet said the White Headed Pigeon.

The King Parrot having a snack of wattle seeds. 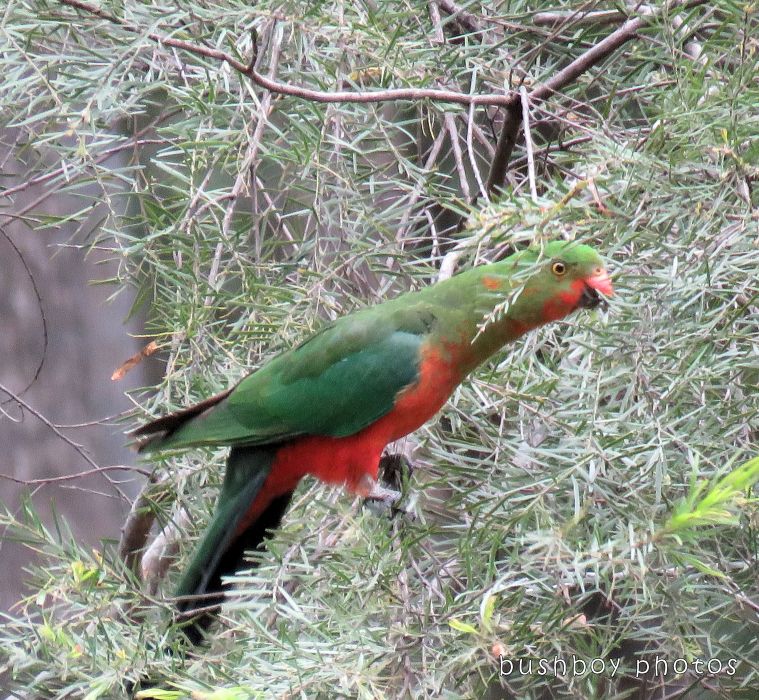 The Eastern Rosella high in the old Fig Tree wondering what I am doing.

The Olive-backed Oriel took his turn in the bird bath.

There was a Rainbow Lorikeet queue at the bird bath. 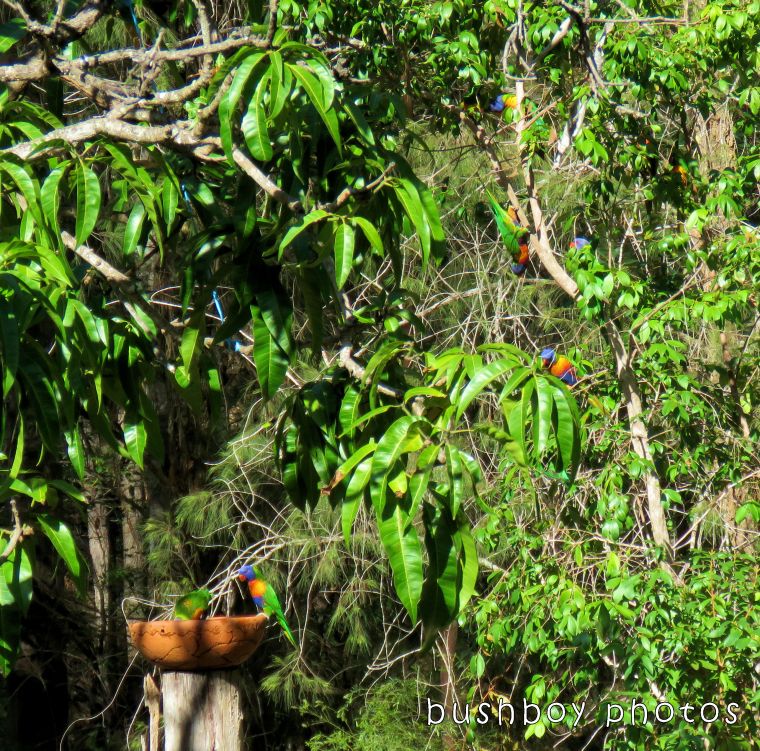 Well that’s the end of This is October. I hope you got through the Four Parts.

4 thoughts on “This is October: Part Four”

To participate in the Ragtag Daily Prompt, create a Pingback to your post, or copy and paste the link to your post into the comments. And while you’re there, why not check out some of the other posts too!