Most times I just have one photo per word for Lost in Translations Pick a Word. This time I have a few more for the September Pick a Word and perhaps using my artistic licence for the matching photo.

The view from Raspberry Lookout. My property is a few hills over on the left.

In order to get a good take off, you must have a good vantage point.

You can’t fence me in 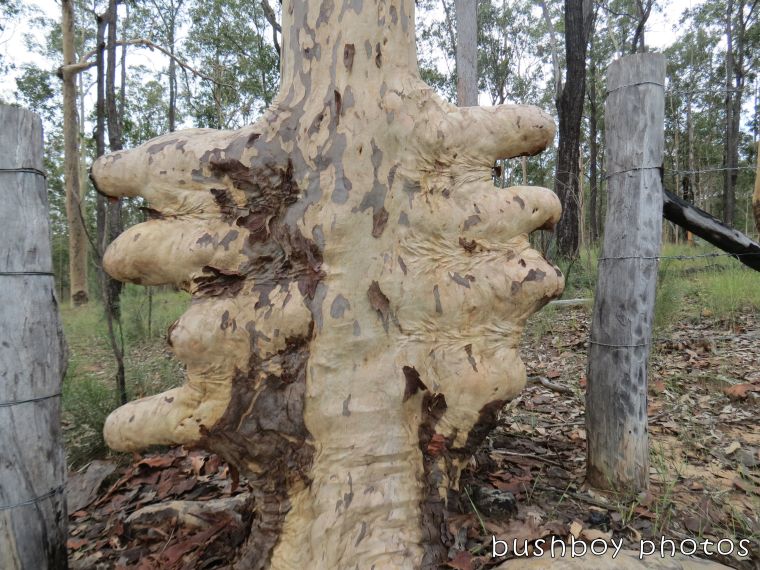 Sometimes I feel like I am intruding when photographing butterflies and spiders.
Three’s a crowd when the males chase the female Orchard Butterfly. 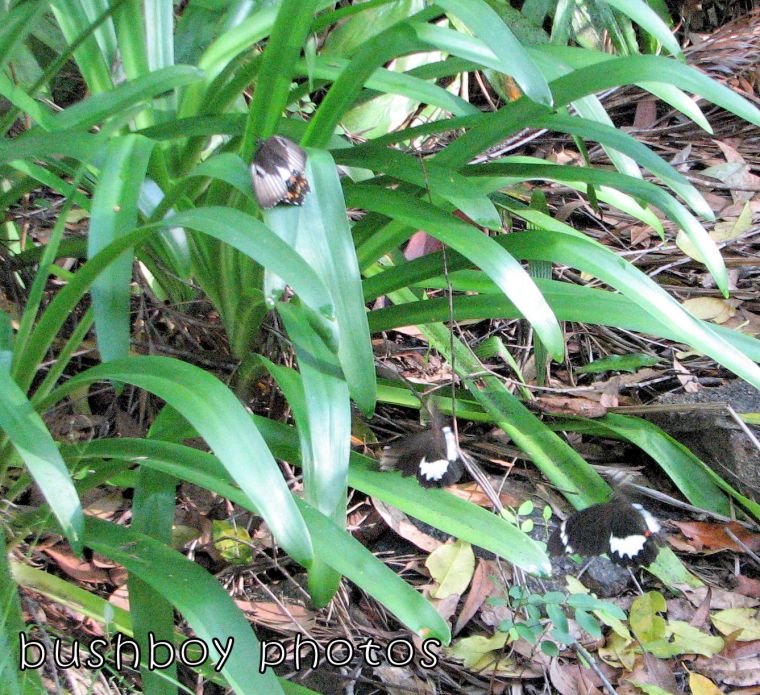 Yes, the Huntsman Spiders were in the dining room but I don’t think they had eating dinner on their mind.

Once a butterfly gets old, the jagged wings are the first sign of age as on this Australian Gull Butterfly 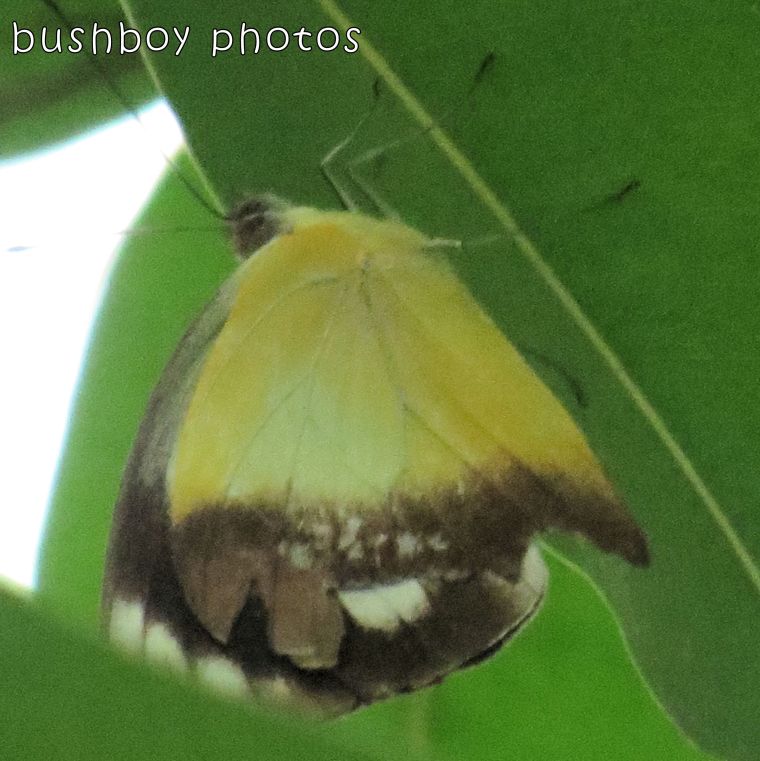 The yachts moored late in the afternoon after sailing from Grafton to Ulmarra.

Quayside on the Great Canal, Venice 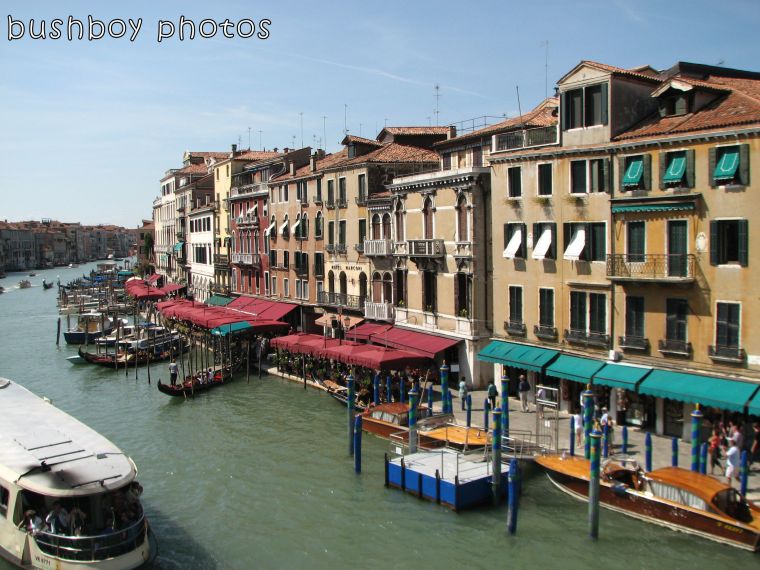 This blog was inspired by Rebel Guy and Rebel Girl’s Twenty Minutes in the Garden.

I took a walk around as the Grevilleas are flowering at the moment. I looked for the plant tags on some of the older ones that have been in the garden for ages as I couldn’t remember all their names. I have quite a number of Grevilleas now as the birds and bees love the nectar in the flowers.
This is my favourite Grevillea in the garden, the Honey Gem. The flowers can almost drip with nectar. The birds just love the flowers. See an old post One Day at the Grevillea

Moonlight is a new Grevillea and this is the first flower 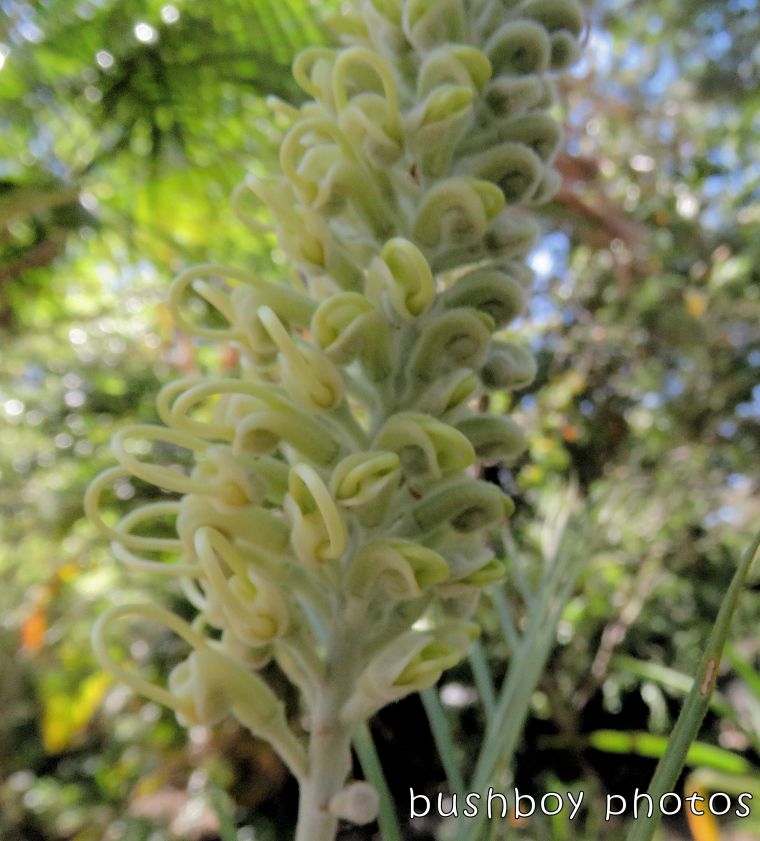 I think this Grevillea is called Pink Ice

Poor Jingle Bells. The lack of rain and my forgetfulness in watering has its flowers almost spent. Hopefully after a couple of weeks of watering there may be new flowers.

Lemon Daze is another new plant I was given in exchange for some work at the same time as Jingle Bells. Still only small it has tiny flowers compared to other Grevillea in the garden. 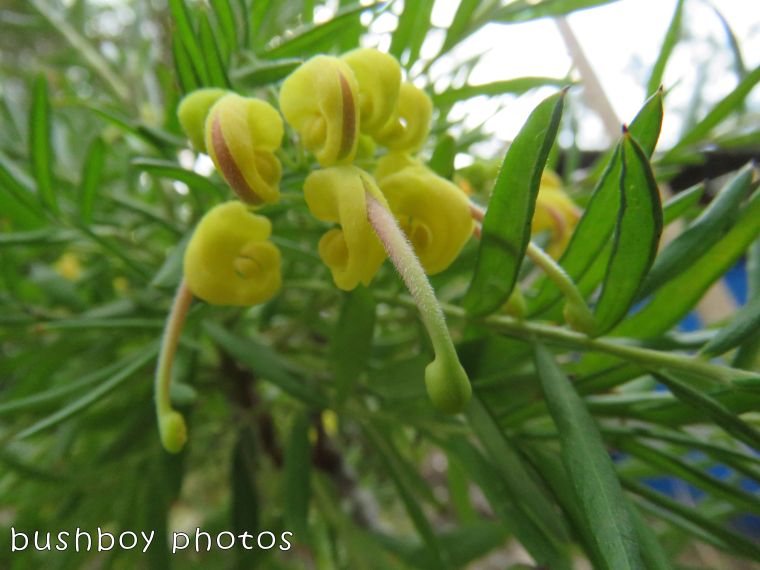 Honey Barbara is a rescue plant from a nursery. It was pot bound and didn’t look very healthy. I bit of love and now the Grevillea has a number of flowers and is almost as tall as me.

See how the flowers form on Honey Barbara.

I can’t remember the name of this Grevillea. Another plant that needed some TLC. The first flowers are just about to burst forth. It has about 4 flower spikes waiting to open from their hairy shelter. 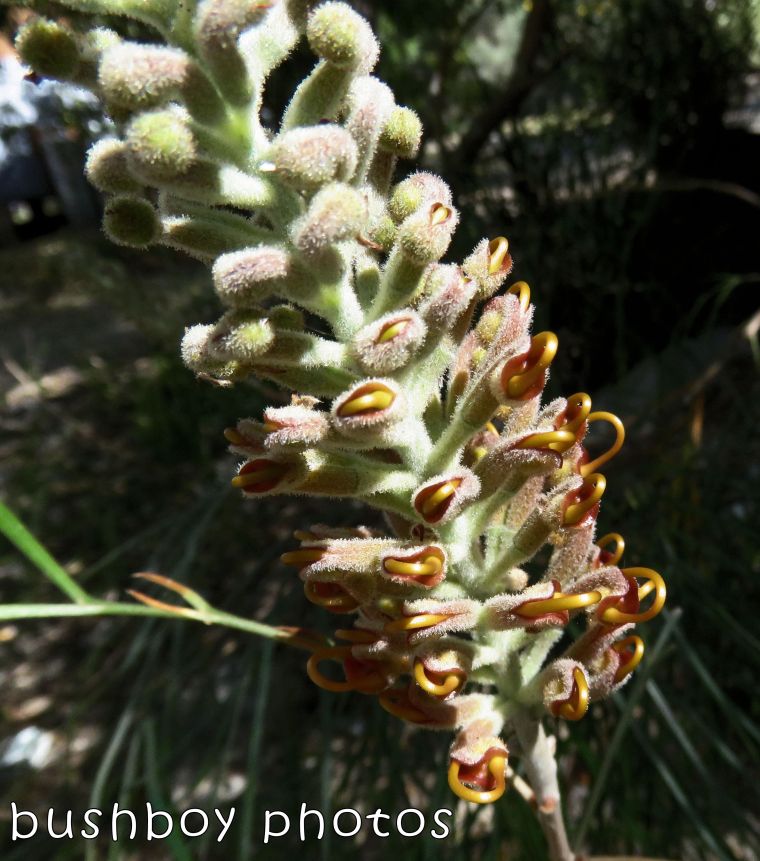 The Yamba Sunshine has great yellow flowers that the birds and insects enjoy. 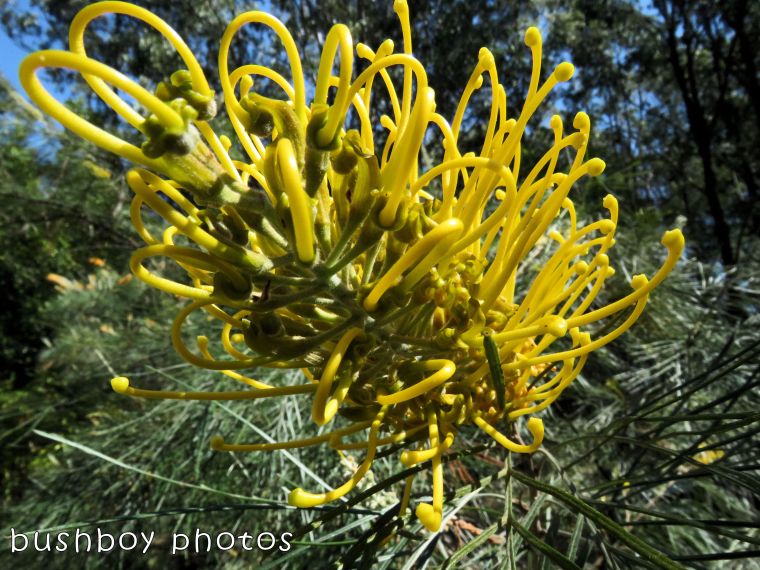 The bees just love it. 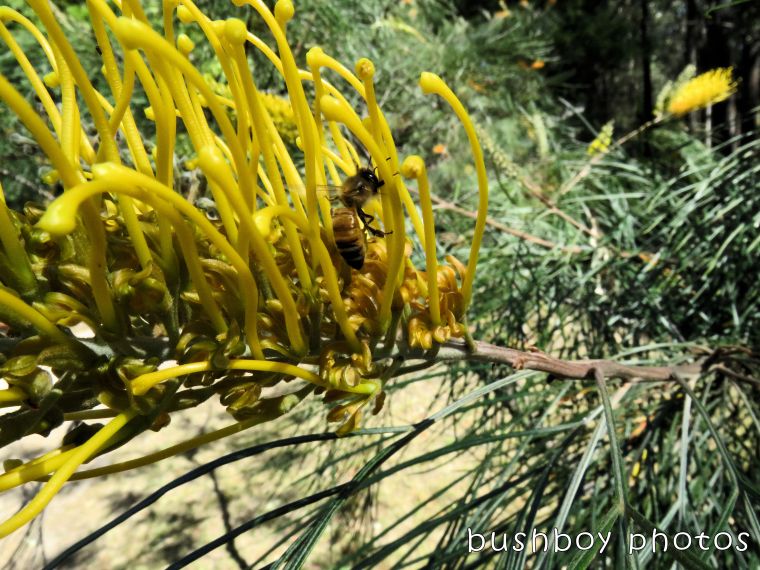 A very old original Grevillea. A lot of the cultivars have this as their root stock as it is very hardy. Planted on the very edge of the garden it survives on rainfall.

The Blue-faced Honeyeaters are a constant visitor to have a snack. 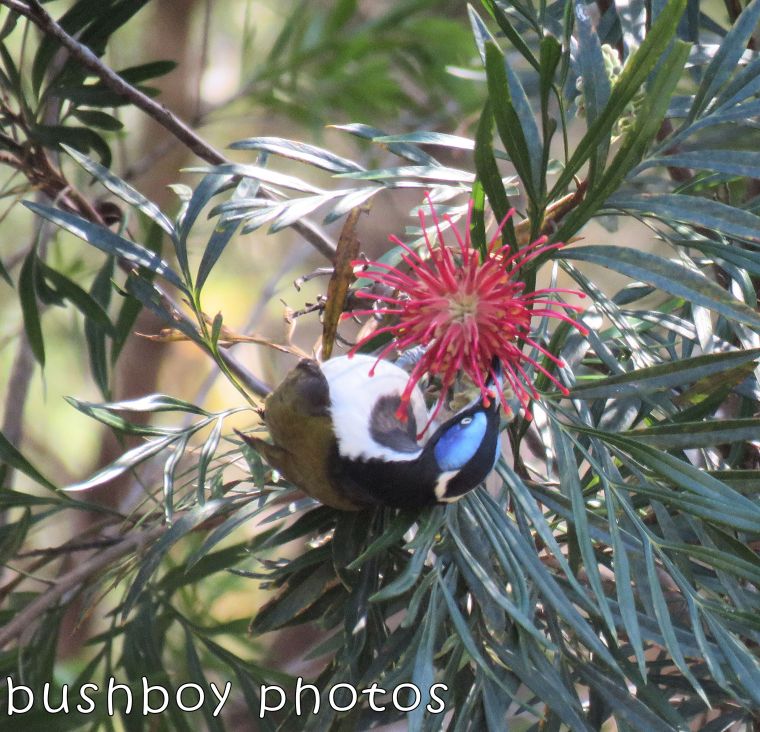 This is what happens when the birds fight over the Grevillea

In this video, The Friarbird is far more vocal and the Blue-faced Honeyeater is nonplussed

The last video was shot last year at the end of August so you see the same old battles for control of the garden are on going.