In Sydney Australia, you can see many example of where the old meets the new. The old building, Scots Church has a new building built above it which has 148 apartments which allows the new to hover above the old. 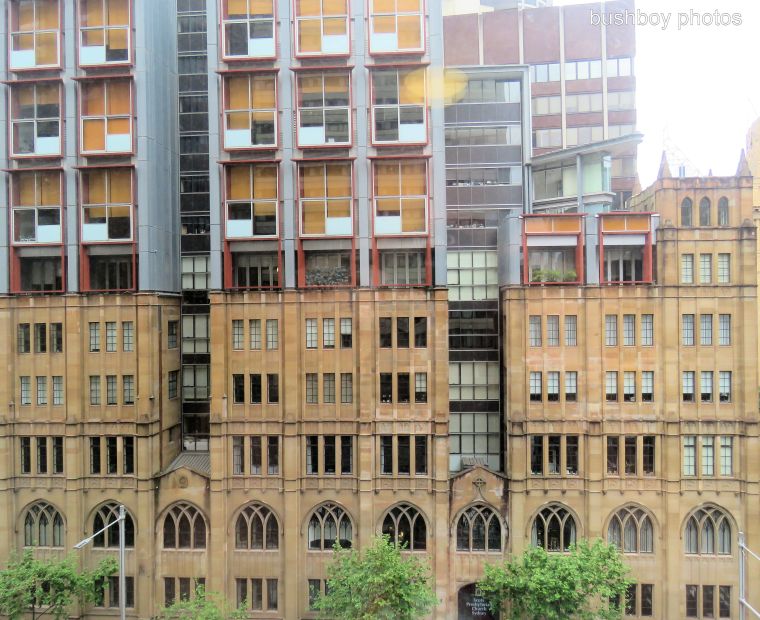 In another part of Sydney, the inner city suburb Newtown has a range of eclectic people and shops. Here we have an outdoor/indoor room on the awning of the building.

One of the contentious issues in Australia is that refugees are kept in detention until their applications are processed. It is believed that children should not be held in these camps. I found this protest in the street in Ballina. a town not far from my place. It is a sad photo when you think about the meaning.