One afternoon I was driving home when I saw, on the side of the road, two shapes being very busy. Of course, I had to turn around and see what I thought I saw. Much to my delight it was two Wedged-tailed Eagles just sitting on the ground near the road, one looked like it was eating something.

The Wedged-tailed Eagles are often sighted between Ramornie and Jackadgery. Sometimes it’s all three and this time it was just two. I just started to take photos as most times they are very wary and take off even if they have some food they are eating.

This is the story of my encounter with the two Wedged-tailed Eagles who were having lunch.

I stopped the car and took a few photos after I opened the door and hid behind it to get a few photographs. The long grass on the side of the road hindered my view but I was too afraid that if I moved they would fly off. 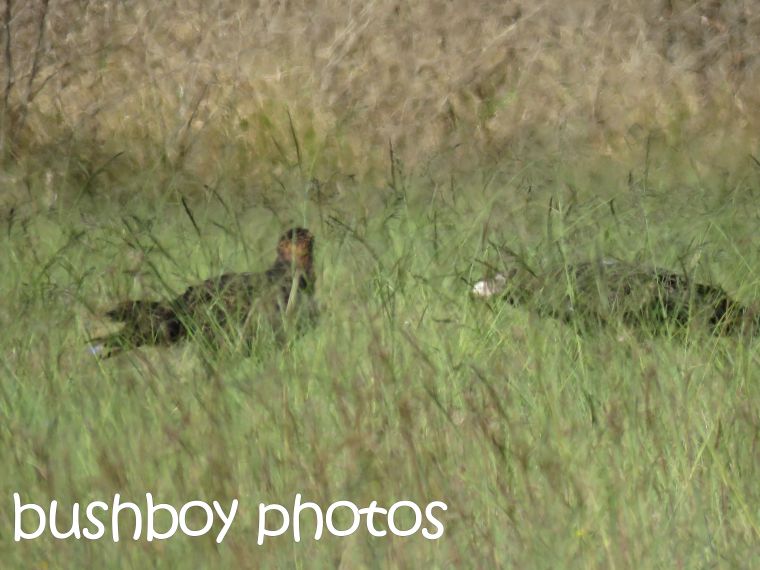 It looks like I have been spotted by both eagles. The younger one waiting to eat and the parent with a bit of blood on the beak. 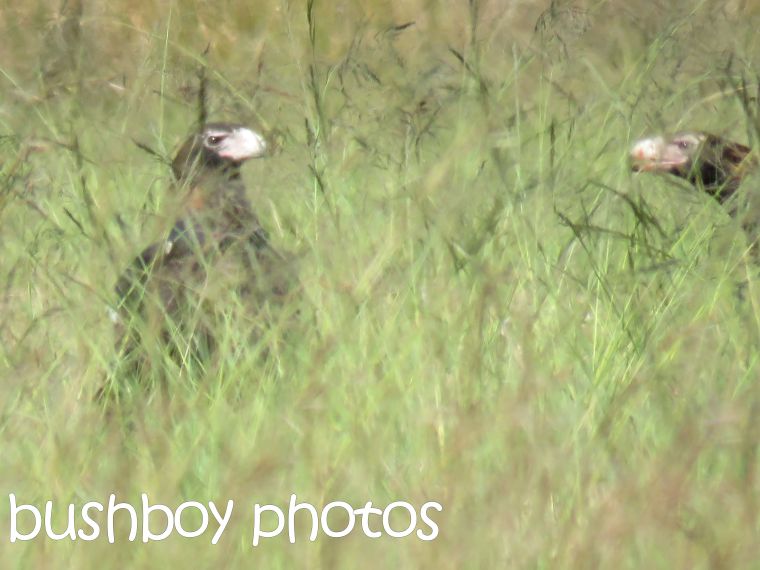 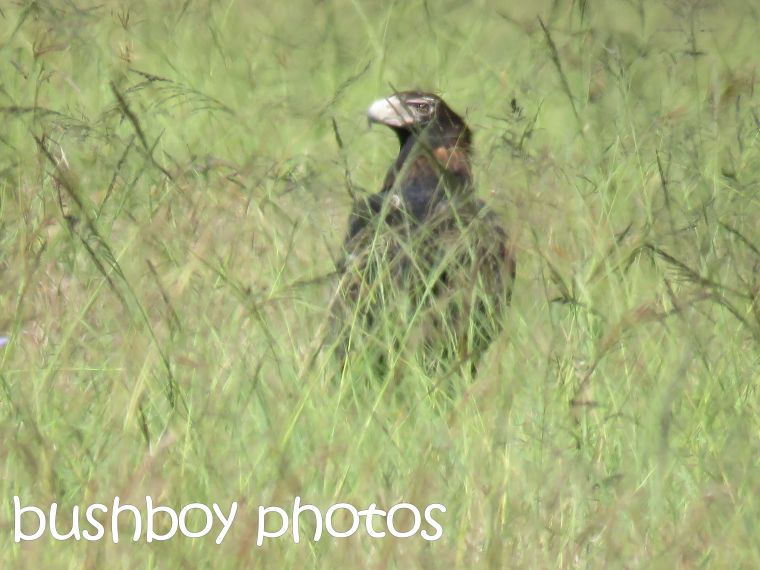 The other one started to tuck in to whatever was on the menu, and while it looked like the lookout was distracted I made a move to see if I could get some better photographs. 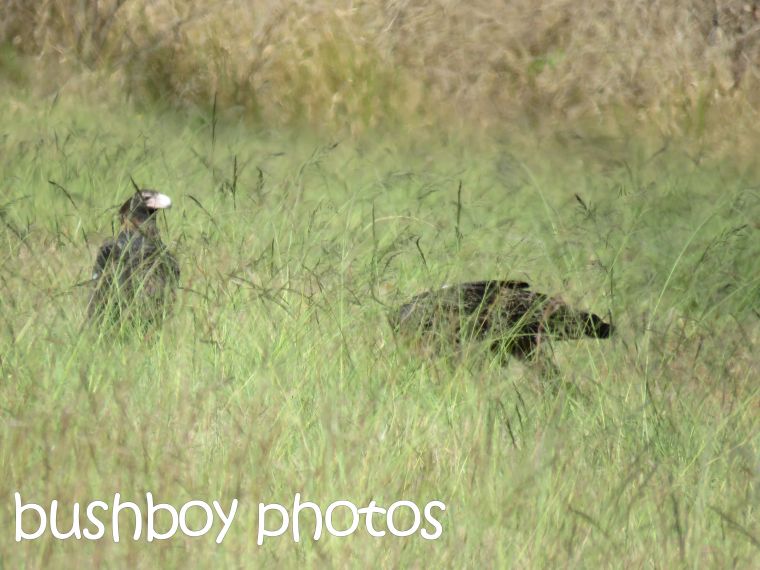 Oh dear, it looks like I was spotted trying to get to a better vantage point. 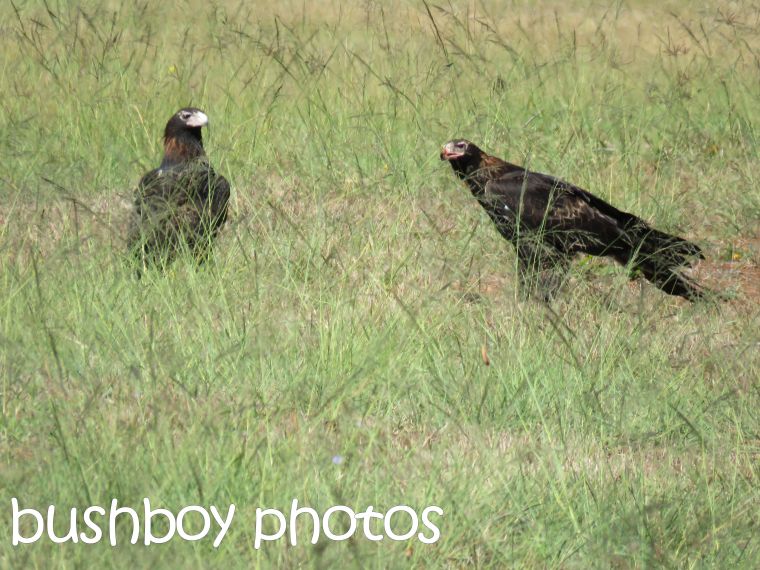 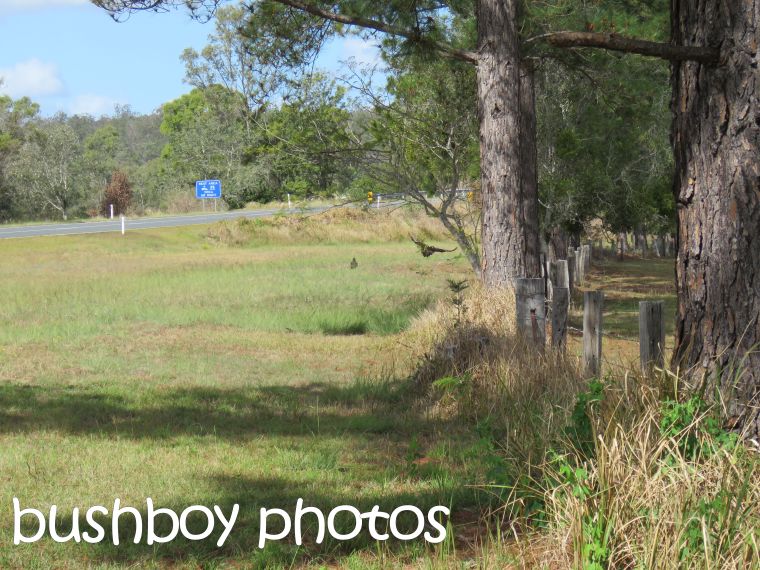 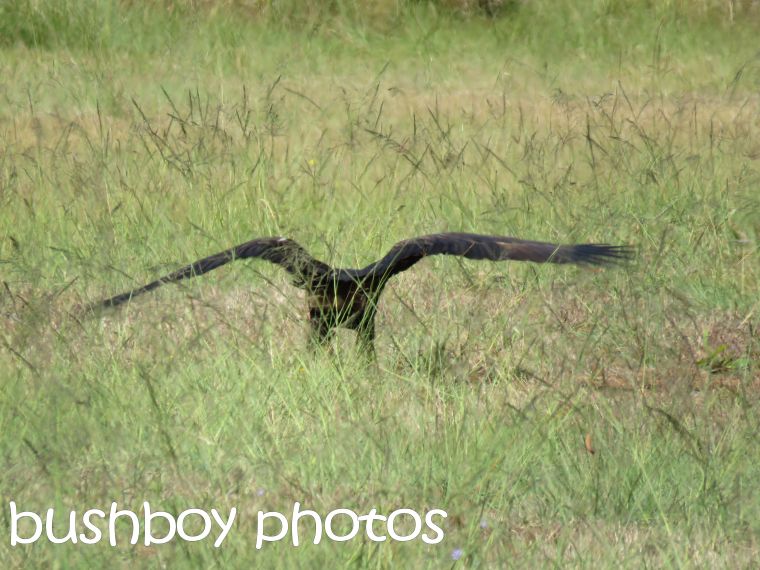 While the Eagles were eating, there was a pesky Magpie swooping as they ate. The Magpie didn’t like me being there so didn’t move while I was taking photos but once in the air, the Magpie resumed its attack. It was once the Wedged-tailed Eagle was in the air I could see what it was eating. Perhaps it was a Goanna that was hit by a vehicle or maybe it was a was a Water Dragon. 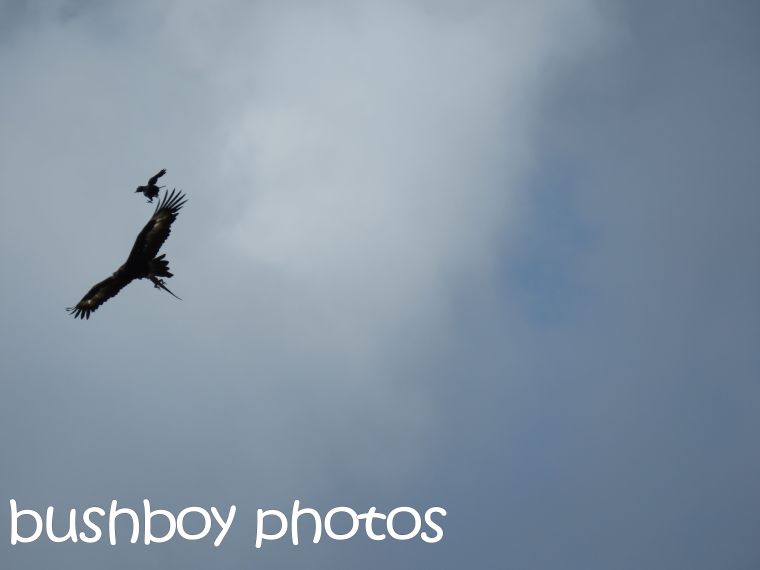 Everyone was in the air, one Eagle hanging onto lunch with the Magpie still in pursuit. 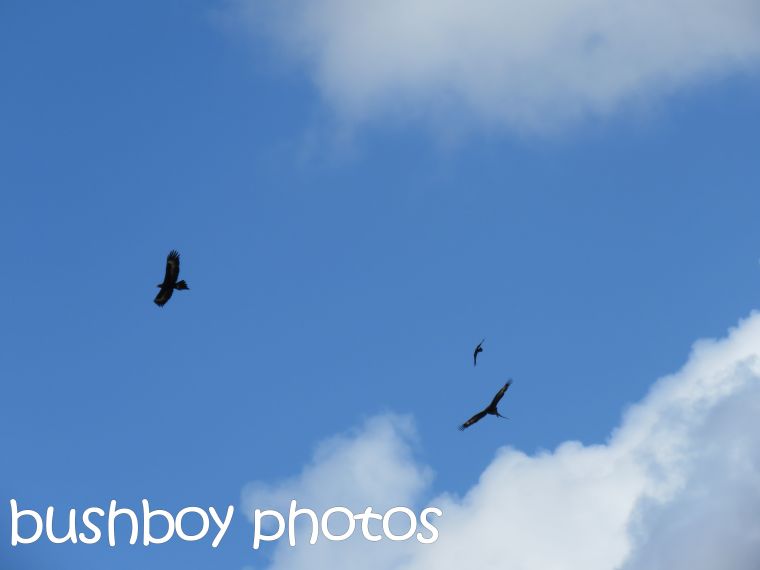 The Magpie didn’t care which Eagle it chased and this Eagle, keeping a close eye on the Magpie, wheeled around to try to see the Magpie off. 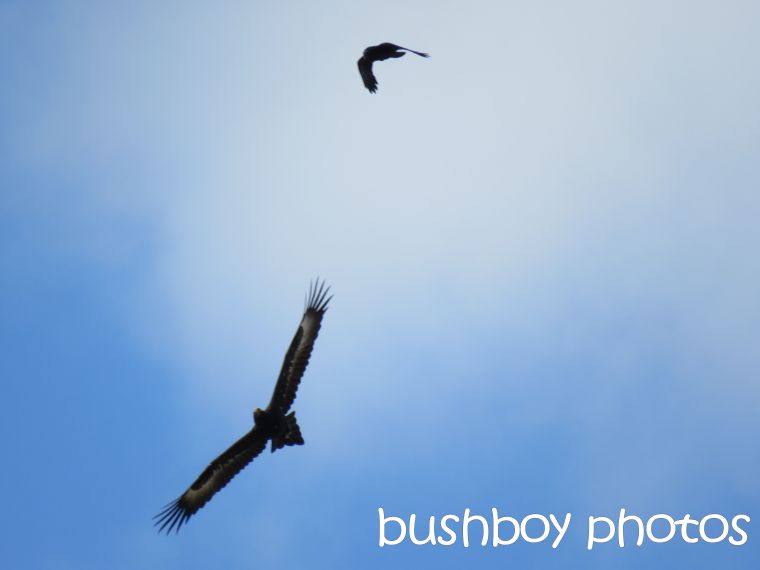 With lunch still well gripped the Eagles flew higher and higher making it harder to get good images. 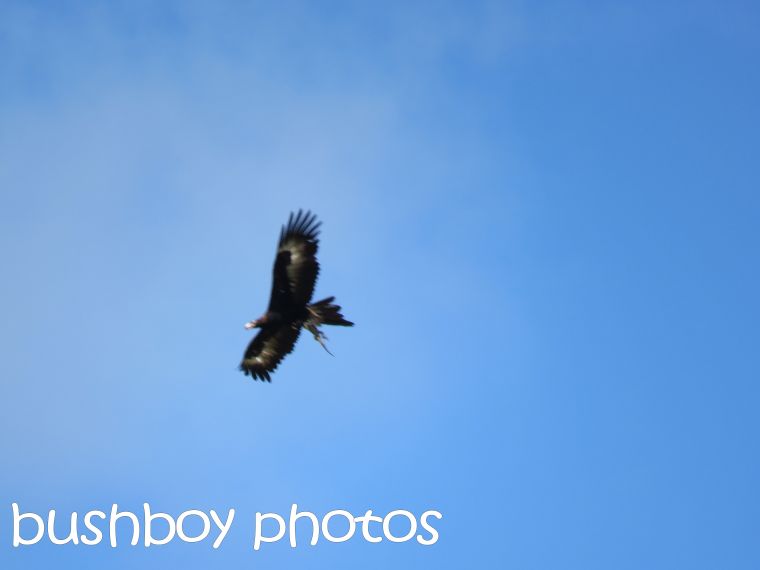 So a quickly as it started, they were soon way up in the sky and wheeling away from where I stopped the car. One last chance for a photo and it was over. 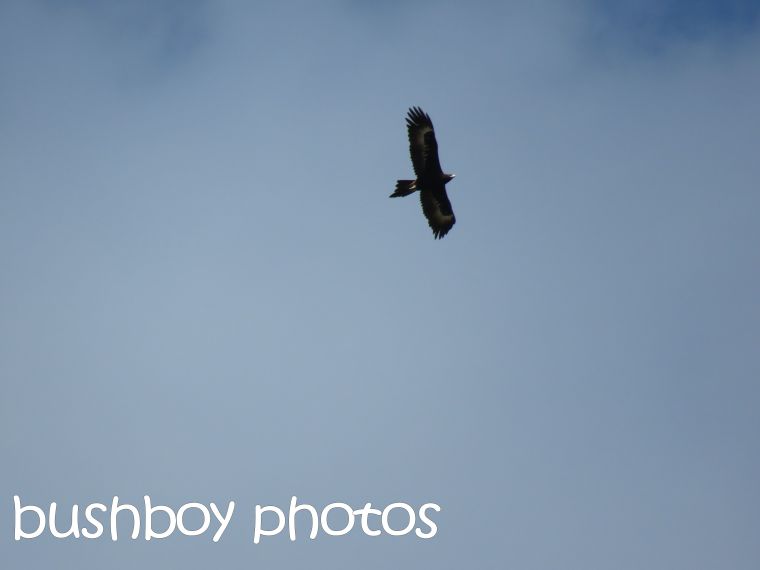 I have been hoping to get some photos of the local Wedged-tailed Eagles for ages and this time I was very lucky don’t you think?

3 thoughts on “Wedged-tailed Eagles having lunch”